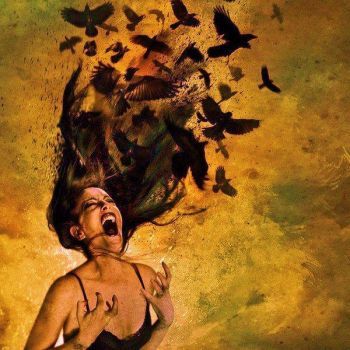 The stage is set for even more unpredictability as Mars Squares Pluto again 10/10/20 at 6:08 am Pacific Time.

This square is the second of three major challenges between these two power planets, and could further punctuate our incredible global upheaval.

You can expect random aggression, sudden anger peaks, and perplexing frustration as these two Power Planets (Pluto is considered the higher octave of Mars) bump chests and growl with menace.

Yes, yes it is. Here is how this energy played out for me tonight.

We were enjoying a sunset dinner outdoors in La Mesa’s quaint downtown. Another couple ate at a table next to us. The street was mostly empty and quiet, quite peaceful.

We heard a loud, angry voice as a man crossed the street toward us, screaming, “I’ve got your f-ing money! That’s right, I have it!” and other expletive-filled ranting that made no sense.

Like a herd of antelope we stilled, studiously avoiding eye contact or any form of acknowledgement as he continued his mad diatribe while striding purposefully across the street. We did nothing but dread to see what was next.

When he passed, still yelling nastiness and accusations, and walked out of sight the sigh of relief was palpable.

And about ten minutes later he came back. He tried to angrily engage the other couple, “You should die, you gonna die,” he yelled at us, then continued past us again into a corner store.

We hoped he was gone. But when Mars squares Pluto…

Yes, he came back again, and stood his ground, calling out the other couple (they were so gentle and quiet) with weird accusations such as “I see you have your seven and eights, what you gonna do about it?” all while standing not three feet from me.

And then I looked directly at him and screamed.

I did, long and full and at the top of my lungs, like I was a panther leaping from a tree ready to snap my jaws on his neck. I have a very effective, powerful scream.

He literally stepped back. He met my eyes and I think he recognized the panther. I saw him consider stepping into it, then he turned and left.

THAT REALLY IS MARS SQUARES PLUTO

People stepped out of the stores to stare and watch him leave. Primal screams shock people into awareness and, I guess, give them permission to take some action. You can’t pretend nothing is happening anymore when a woman roars from her Shakti core.

Venus trines Uranus during all this testosterone-laden hostility and posturing of Mars squares Pluto. So the Personal Feminine gets a quantum boost from the planet of Radical Solutions. Was that where my scream came from? Happy to channel that for anyone!

The couple next to us thanked me for giving them a new perspective on how to handle such situations. Bullies win when we don’t stand up to them. I was the tiniest person there, but my roar was bigger than his crazy, and that worked – for this time.

I spoke with the store clerk afterward. Mr. Unbalanced had gone in, knocked products off the counter, and began bullying the woman shopping in the store, calling her a “b*tch” and more. The clerk, like everyone else, had been frozen, unsure what to do, wishing the man would just go away.

THIS IS SO SCARY

It appears we are talking about a disturbed person with a potential for violent behavior, but in the end we’ll never know.

I screamed for me, for the other people feeling threatened, and even for the frustrated, violent man desperate to be heard and acknowledged. Mostly I was sad and disturbed at how herd-like we all behaved, so ready to let a loud bully run all over us. What a replay of scenes from my childhood!

And what resources are there for this aggressive, angry person and those serving as his unwilling projection screens? Mars Squares Pluto brings that bully behavior front and center for us all to deal with. What choices will we make to shift this antagonistic dynamic?

Earlier today I was thinking about how fear can grip us in times of chaos and perceived anarchy. We react from the fight or flight activation. Not much blood is left to feed the higher intelligence centers of the brain.

And… the opposite of this state of take-apart is rigid structure that allows no variance from some idealized norm. Our rational minds can justify this docility exponentially since it presents a false sense of security.

Right now we’re struggling to find something between the two we can all accept. I have no answers, but tonight I had a genuine, succinct and highly audible response that neither attacked nor ignored, just declared my position.

This particular situation de-escalated. We, including the madman, were lucky this time.

Mars Squares Pluto demands we face the struggle for power within us as well as all around. How will we meet the moment?

Make this your choice to ROAR about!

This is a general interpretation not meant to address individual natal charts, soul journeys or destiny paths. Take what works for you and leave the rest behind! Love!